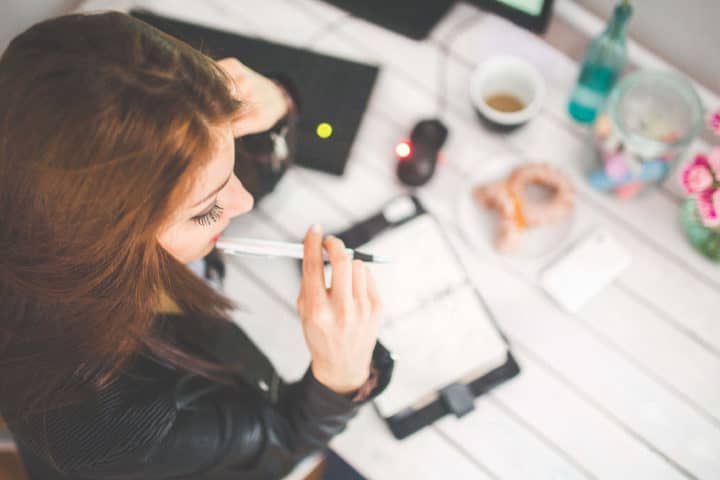 We’re in an age where we have the power of cinema and broadcast in the palm of our hand. Anyone can create a video, publish it, and lay claim to being a producer. The power of media is now accessible to the masses.

This means that now more than ever, it’s necessary to stay ahead of the pack by staying on top of the latest video production trends. It’s essential to execute your video production with a solid plan that integrates the right equipment and applications. Whether you’re a newbie or an old-hand when it comes to creating video, an upgrade to your toolset might be in order.

Still, creators can benefit from the current decentralization of the content industry in many ways. Traditional large-scale productions are no longer necessary for you to capture an audience for you or your client’s brand. What are clients looking for? At the top of the current wave is direct and targeted video marketing in lieu of branded content or traditional advertising. One of the most influential forces on video production trends is the output device. With video use on mobile devices increasing rapidly worldwide, producers need to create content with the delivery device in mind.

The world today is connected and moving. People are accessing video content on tablets and cell phones more than any other device. This doesn’t necessarily mean a change in production techniques, but it does mean creating content that’s catered to a mobile audience.

According to YouTube, mobile video consumption grows by 100% every year. A total of 80% of all web traffic is expected to be video content by 2019. One format for production and delivery of content that’s capturing audiences worldwide is live streaming.

The Show Must Go [Live]

Live streaming has captivated online audiences and viewership has increased significantly. YouTube has over 1 billion users worldwide with 300 hours of video being uploaded every minute and almost 5 billion videos watched every day. That’s a lot of potential business. Between January and May 2016, Facebook saw a 300% increase in live videos produced by production companies.

It’s not about jumping on every trend, but being on top of them. There are many streaming apps out there to get you started in the live video game. YouTube, Facebook, Twitter and Periscope all offer services. Software like the Cinamaker Studio apps even make multi-camera live broadcasts possible via these platforms. Because Cinamaker is mobile-native, it inherently caters to use with smartphones, tablets, and smart cameras. It permits full control of the cameras, live switching and real-time graphics and transitions. Streamed footage can also be saved for further editing later. As companies are looking at different ways to capitalize on the market share live streaming presents, high quality live broadcasts will carry a significant portion of that.

It’s what’s on TV. Consumers are quickly starting to accept 4K as the standard. If you haven’t already, it’s time to take that step. All of the major brands offer cameras that capture at 4K or HDR (High Dynamic Range) resolution and the camera on your smartphone is either there or not far off.

Significant consideration must be taken when working with 4K footage. Point blank, 4K footage takes up a lot of space. G-Technology and Atomos are leaders in the field. The H.265 video format is fast replacing H.264. This will allow for the use of compression techniques which can help editors and producers publish high-quality videos in substantially smaller sizes, without significant loss in image quality. The H.265 video format offers much more flexibility, including better prediction size and transforming, as well as more customization when it comes to utilizing motion estimation blocks, etc.

Drones are undoubtedly a hot topic in video production, and the technology behind them is getting considerably better. Plus they can give you huge filming flexibility. But, we’re still in the relatively early days of drones’ mainstream existence. As a result, you should check with your local aviation authorities for regulations regarding drone use in your area.

360-degree video capture is another “cool,” up-and-comer. 360 degree or immersive videos are filmed through either an omnidirectional camera that contains multiple camera lenses attached, filming overlapping angles concurrently or with multiple cameras, which film views in all directions of the subject. The uses for 360-degree video are endless, from real-estate and construction to immersive experiences in brand or entertainment storytelling from a unique single-point perspective. More and more companies are beginning to delve into this new range of cameras, and with VR and AR experiences in higher demand, it’s clear that consumers are ready for more.

Video production trends are always changing. Mobile technology has surpassed the dreams of yesteryear’s science-fiction buffs or dystopian dreamers. It has affected the way people view and interact with content; it’s changed the way businesses communicate with their customers, and it’s even changed content itself. As consumer demand sways the direction of technology, so, too, does technology influence consumer demand. Video producers are in an interesting position. After all, new technology begets new techniques. We encourage you to explore, experiment, expand — and let’s see what tomorrow brings.