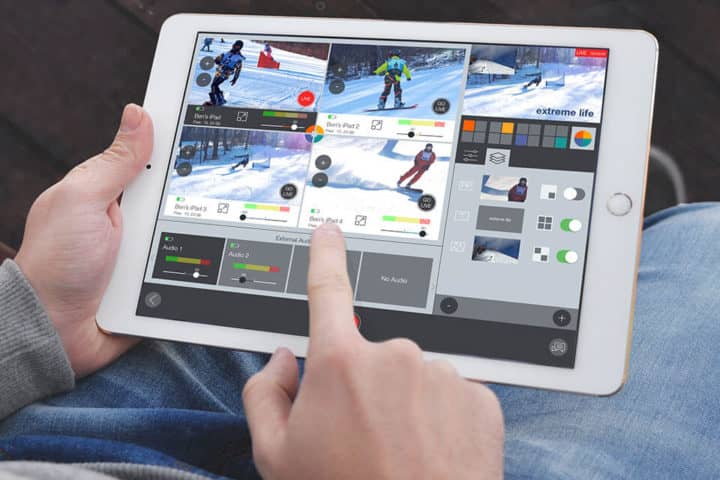 Cinamaker will demonstrate its new live video streaming technology that allows anyone to quickly and easily set up their own live multi-camera TV show and broadcast it to audiences worldwide.

Cinamaker empowers those with something to say or something to sing about to help change the world. Cinamaker is a revolutionary way to create and share their messages using only a tablet computer as the production center, and streaming video from smartphones and compatible video cameras.

Cinamaker is essentially a mobile video production facility for everyone – you don’t need a degree in TV production to be a broadcaster and share your opinions, music, stories and ideas with people throughout the globe. You are the editor. You are the creator.

The edited video can be recorded and or streamed live to Facebook Live, YouTube Live, Periscope or other video streaming services that use RTMP technology. The raw multi-camera HD footage can also be imported into popular video editing programs like Final Cut, Premiere and Avid.